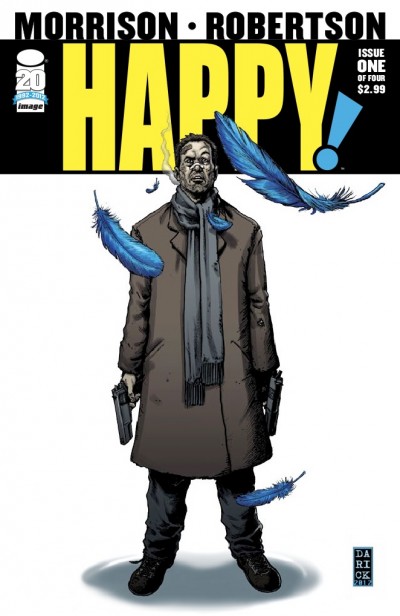 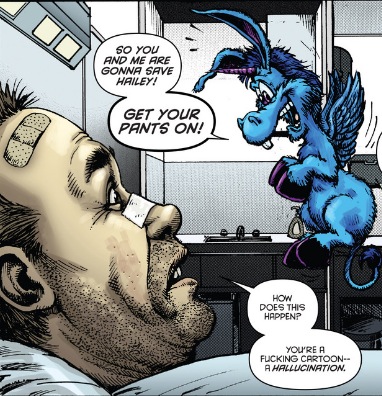 Grant Morrison’s near the end of his run on Batman (he’s drawing together the myriad threads of Batman Incorporated) and currently has this four issue mini series over at Image Comics. Issues one and two paint the ultra-violent and reality-questioning tale of a down-on-his-luck hitman whose life is saved by a tiny blue horse with wings, Happy, who only he can see. There’s a calling to be fulfilled in return, but whether he gets there or not to save the day is, at the end of issue two, looking unlikely. Pick it up before the trade comes out! Or wait. But get it. Shouts to Darick Robertson (The Boys – about to reach the end of its run) on the art, phenomenally gritty except for the Care Bear eyes of the horse (unicorn?). 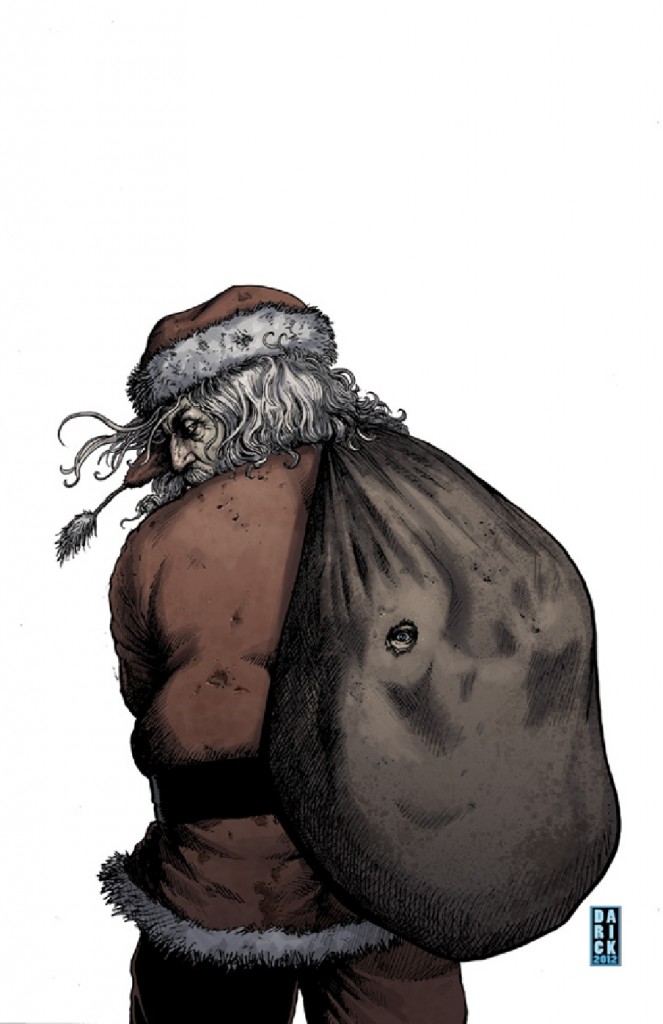