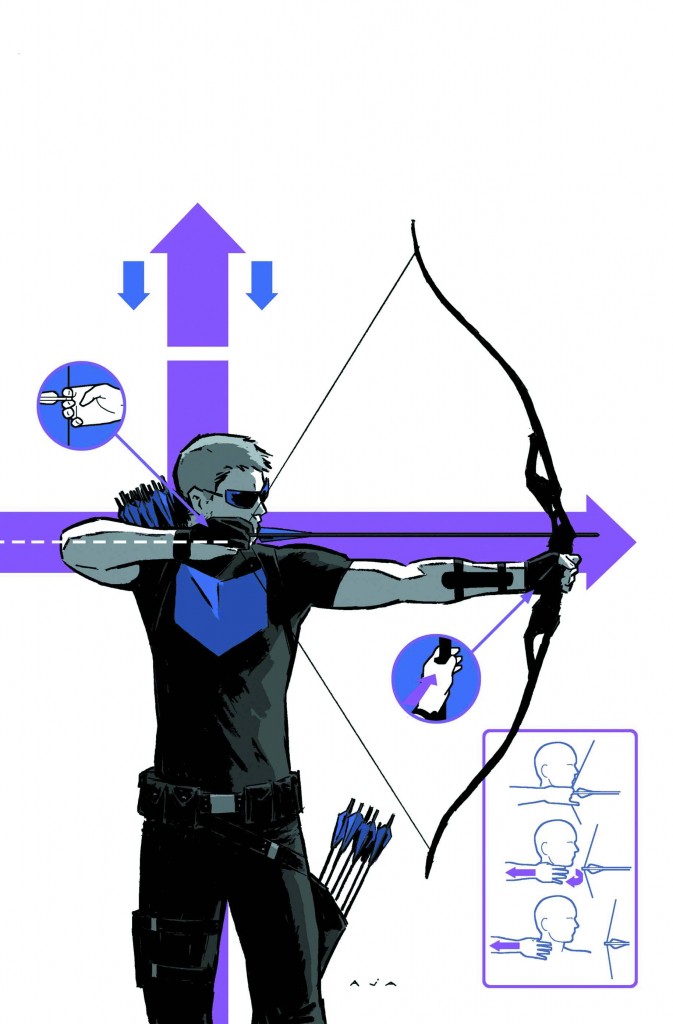 I knew i should have picked this up when it came out… this weekend I bought the first four issues of the new Hawkeye series. Although I’m familiar with Matt Fraction’s name, and am aware he’s the writer on the new FF and Fantastic Four series for Marvel NOW!, I don’t know his stuff. I do now, though. 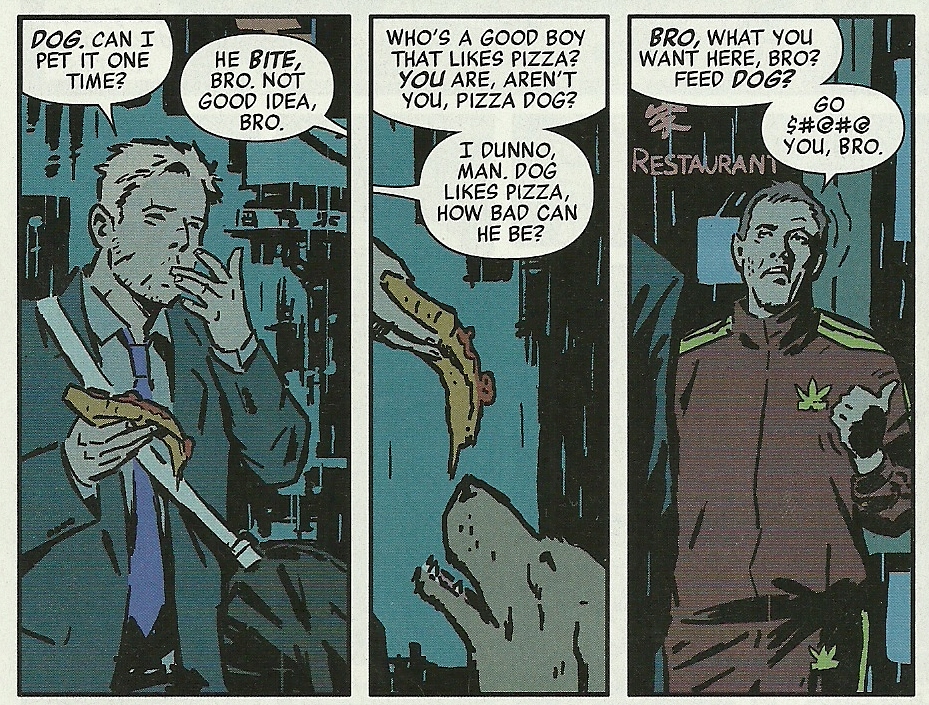 The Russian (?) Adidas-clad gangsters are a highlight, bro.

Hawkeye focuses on Clint Barton’s out-of-costume life at home, with the only other major characters being the ‘other’ Hawkeye, Kate Bishop, and newly-acquired pooch, Lucky. The dialogue’s sharp and often laugh-out-loud hilarious – every single thing in this book has been used to maximum effect, from the panelling to the lettering to the angles to the note in the letters column with suggested listening to go along with the issue. Filtered through Barton’s individual world view, things like newspaper headlines and foreign languages are ‘translated’ into his sarcastic, dismissive but fairly humble point of view – subtle touches like this abound. Clint’s a troubled but never angsty blokey bloke. 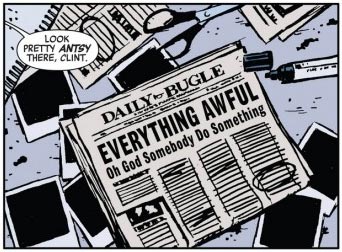 David Aja and Javier Pulido are rotating on the art – pop art sensibilities and block shading/colour abound, resulting in a stylised yet never OTT graphic style. I look forward to the upcoming issue told entirely from Lucky’s point of view – “if that doesn’t get us cancelled, nothing will” laughed Fraction in a recent Comic Heroes interview. 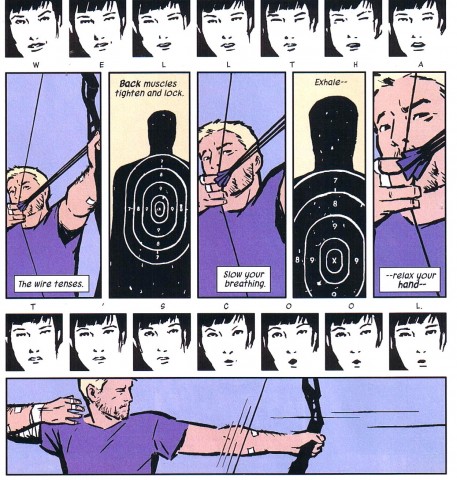 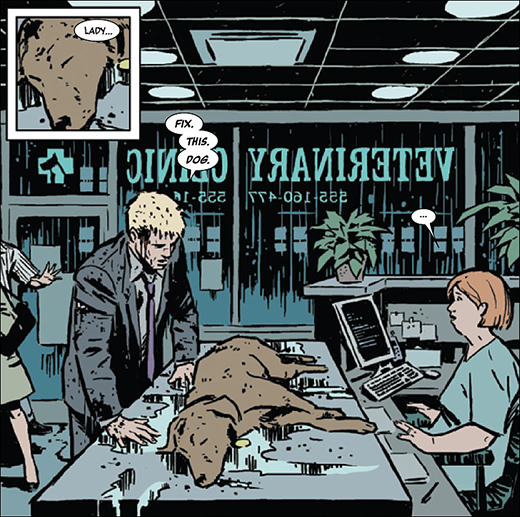 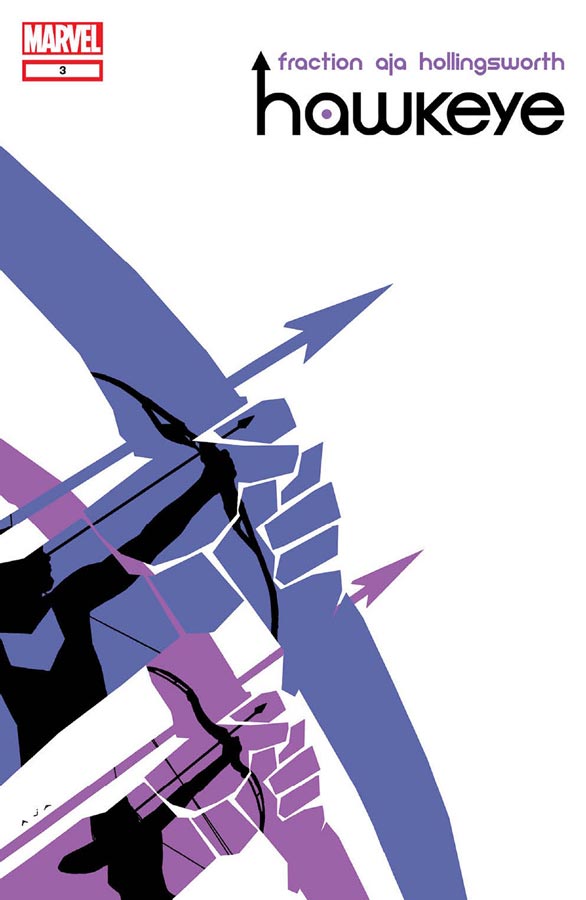 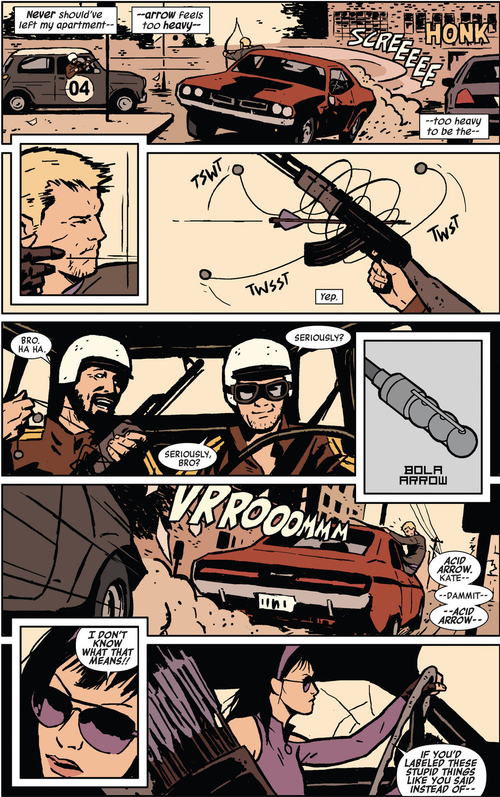 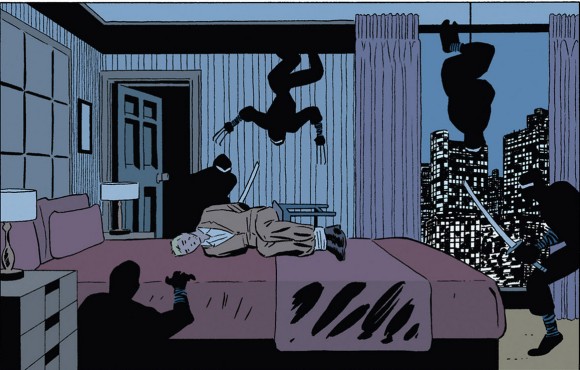 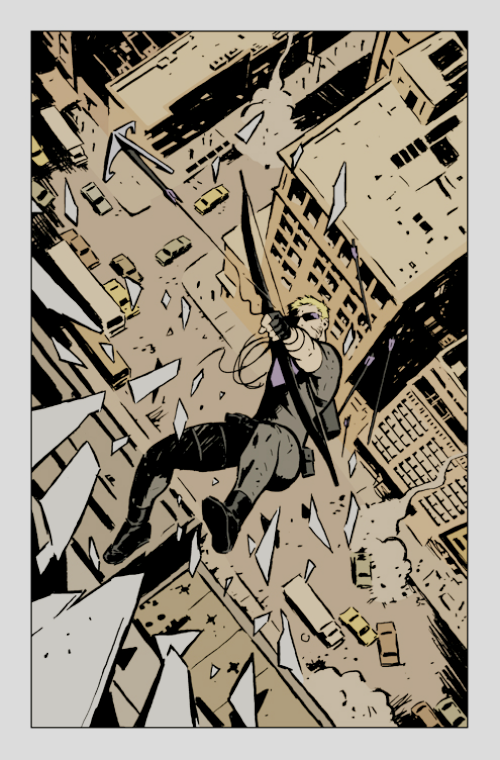