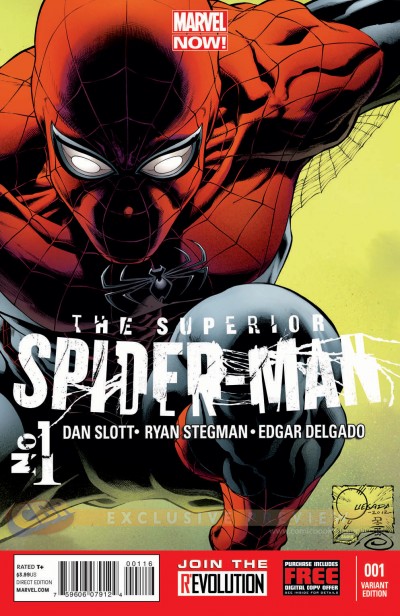 People have an expectation that everything will revert back to normal eventually, but the way Dan Slott has talked about this story feels pretty open-ended. Did you view #700 as a real finale for Peter and try to figure out the best way to wrap that run going all the way back?

Stephen Wacker, ASM editor: Yes. This has been in the works for a few years now, and the plan always was to make this the last issue and make it a definitive end for the character. It’s been 50 years,a helluva good run. The 700th issue happening around the same time was just sort of serendipitous.

This type of thing has been done in comics before during the Silver Age when Julie Schwartz, Gardner Fox, John Broome and the guys at DC brought out new versions of classic characters like the Flash and Green Lantern. That’s the kind of worldbuilding scenario we’re playing with.

Yowzers! Comic Book Resources, from whence the above quote is taken, have an exclusive first look at the variant cover and some interior pencils from the new Spidey title, released in a few weeks (as well as the above interview with editor Wacker).

Unbelievably, it’s been five years since the reset/non-reset of Brand New Day in 2008, which saw a vital injection of freshness into the title from a group of writers known as the Spidey Brain Trust. Coupled with the return of hilarious letters pages and 3-times-a-month turnaround, meticulously planned story lines played out more like an addictive HBO series than a traditional comic title.

Dan Slott emerged as the king of writers (and I have a particular soft spot for him as he’s a huuuuge Doctor Who fan) and has steered the web-slinger towards his 50th anniversary – the recent addition of a sidekick in the form of Alpha was pitched as a big event for the anniversary which seemed a little suspicious, and indeed it seems it was only a rouse to disguise the BOMBSHELL that’s just happened in #698 (although Alpha, a result of one of Pete’s experiment with many parallels to his own origin, will be returning in his own title soon). 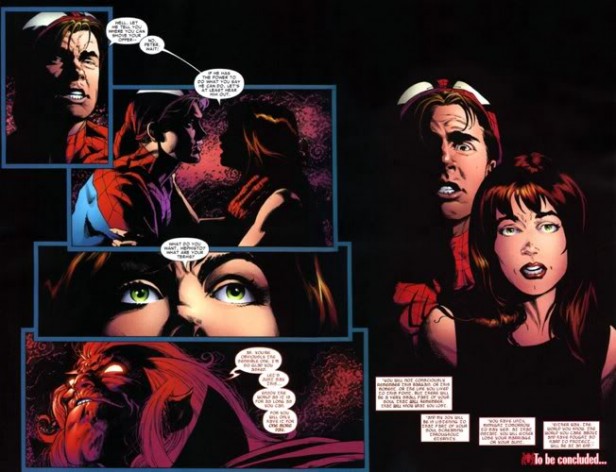 'One More Day', 2008, saw Pete save Aunt May's life by agreeing to wipe his marriage with Mary Jane, and the revelation of his secret identity in Civil War, from history. 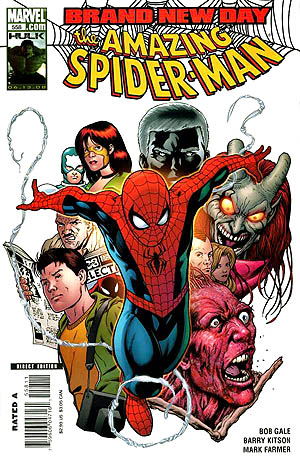 'One More Day' was followed, controversially, by many changes to the title, but brought many new/returning readers to it too. 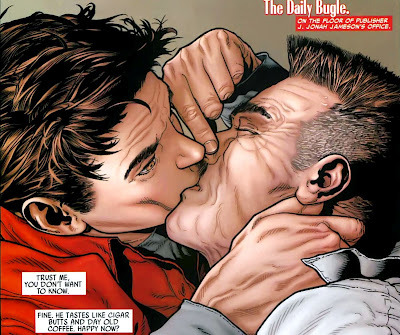 JJ lost the Daily Bugle but became Mayor of New York, eventually, tragically, losing his wife to one of Spidey's villains in #655. 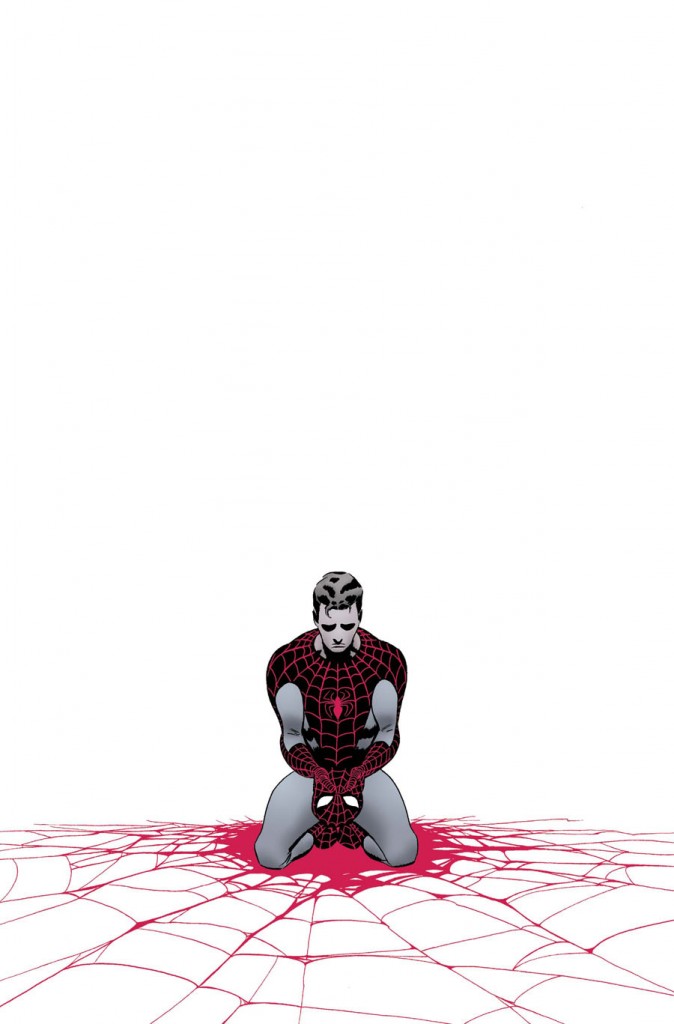 One of the many highlights of the past five years: issue 655, where Pete deals with the aftermath of NOT saving JJ's wife from death. Art: Marcos Martin. 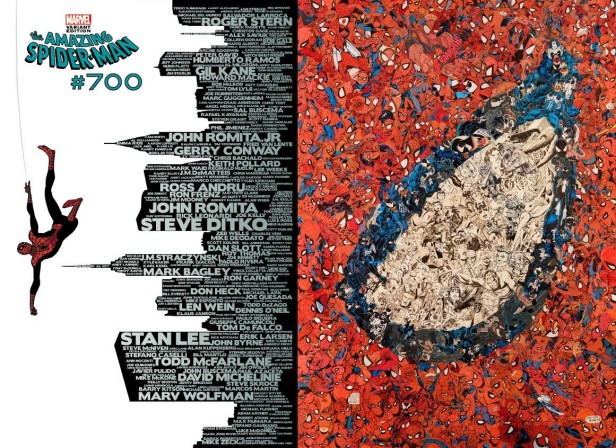 Issue 698 saw a Spidey making lots of new resolutions and questioning his motives in everyday life – a bit of a dour outlook that rang slightly uncomfortably, until the revelation on the last page that Spidey is Spidey no longer – the dying (on his last legs, as it were) Dr Otto Octavius has placed his mind into Parker’s body, and there’s nowt he can do about it.  We know Superior Spider-Man is a darker take on the arachnid, and with The Amazing Spider-Man reaching its final issue in late December with #700, it looks like Doc Ock as Spidey may be here to stay. Shocking, exciting and makes me proud to read comics. All the hats I have off to Dan Slott and co.

Superior Spider-Man is launched in January.