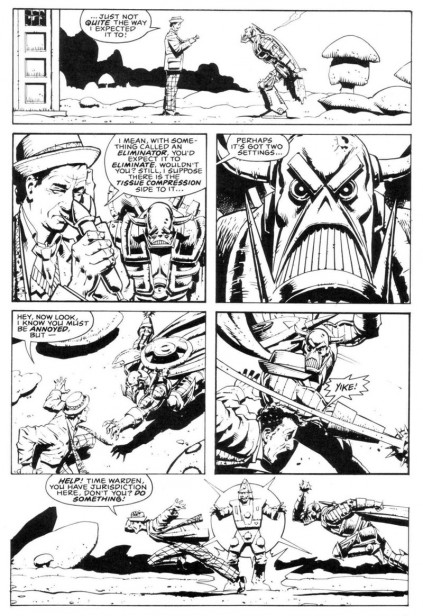 It’s so hard to avoid spoilers. I did well with the recent Death In The Family storyline over in Snyder’s Batman and even better with the end of The Amazing Spider-Man 700, both leaked early, so it was a pleasant surprise to discover probably my favourite character ‘ever’ in the most recent issue of Avenging Spider-Man – in his original form. 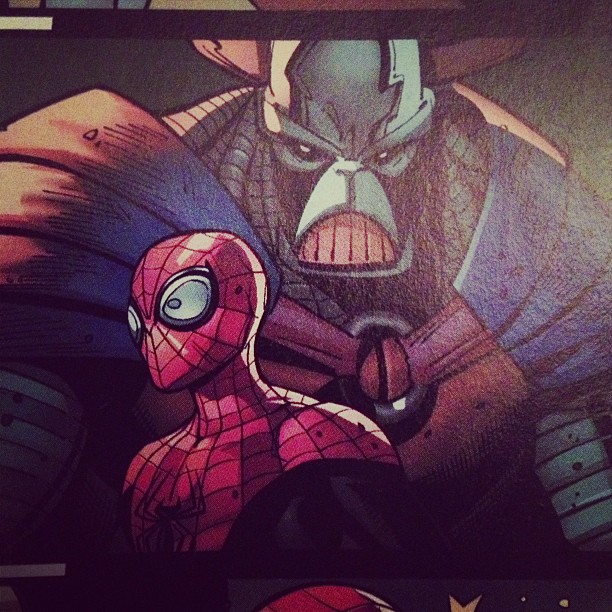 Death’s Head was originally created by Transformers don Simon Furman and Geoff Senior (both currently sequalising their original TF run with Regeneration One for IDW) for the Marvel UK Generation One run, before appearing in Doctor Who Magazine and subsequently his own series, where he crossed paths with the Fantastic Four, Iron Man, Dragon’s Claws and the Doctor again. Bryan Hitch was also an artist on the original run, something I didn’t realise until revisiting it recently. The series would have run past issue ten were it not for the disbanding of the Marvel UK creative team, but it was a brief golden era for me.

The bounty hunter was relaunched in the 90s with a new design that I could never take to, but I liked the use of the DHIIs in Planet Hulk – it was a real surprise to catch him in 2013, and coupled with an appearance in Iron Man this month I’m hoping big things are in store…

(SPOILER – the end of ASM17 sees DH transported out of the 616 timeline… does this mean he’ll be visiting Miles Morales?) 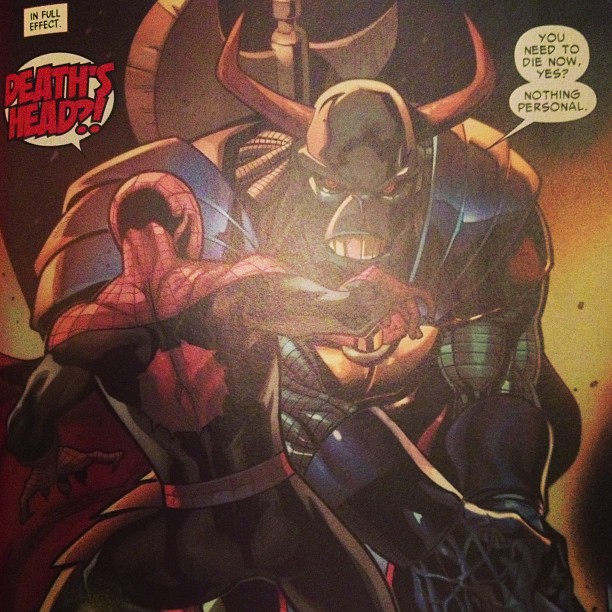 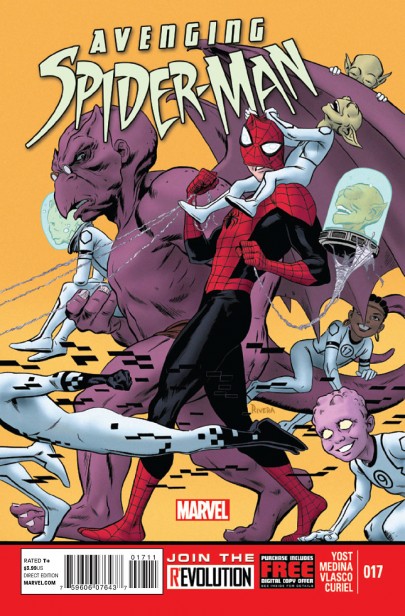 Avenging Spider-Man, by Yost, Medina, Vlasco and Curiel, is out now.