I clocked this poster this evening and instantly thought of the inimitable Death Waltz Recording Company… it struck me as a possible reissue of some cult movie I’d never seen, but it’s brand new with a beautifully painted poster (who artist’s name I can’t seem to track down this minute). As Spencer Death Waltz ascertains, there simply isn’t enough good painted poster art around anymore.

Check the official site here. Murky Manchester ambience meisters Demdike Stare, aka MLZ and Sean Canty (née Vinylment) contribute to the soundtrack too, having been brought on board by the film’s music supervisor – director Xan Cassevetes explains a little more below:

The music in KISS OF THE DAMNED was composed by Steven Hufsteter and also there were multiple additional soundscape tracks by recording artists Demdike Stare.

Steve and I have known each other for decades, we were even in a band together for many years, so we have a great musical understanding. Steve has done soundtracks I love like Repo Man, etc. But as long as I have known Steve his god has been Ennio Morricone.

Both of us love that beautiful romantic, kind of fatalistic European soundtrack sound that I guess derives from classical music. So we have both of those in the film as score and also as source music.

Music supervisor Dina Juntila is a giant record collector who seeks out so much rare, mainly European music as well. We are all very good friends.

For some of the darker stuff we wanted to get away from the conventional sound and Dina made us listen to Groupo di Improvvisazione di Nuova Consonanza, which Ennio was involved with as well – a bunch of geniuses taking apart pianos, hitting keys, pulling out the strings, things like that, creating this incredible music. Steve got inspiration from that, assaulting his instruments with coffee mugs, pliers, etc., until some beautiful dark music came out.

Demdike Stare are from Manchester and their recordings are absolutely beautiful and hypnotic, dark and timeless. Dina brought them in and their music is a huge part of the personality of the film. 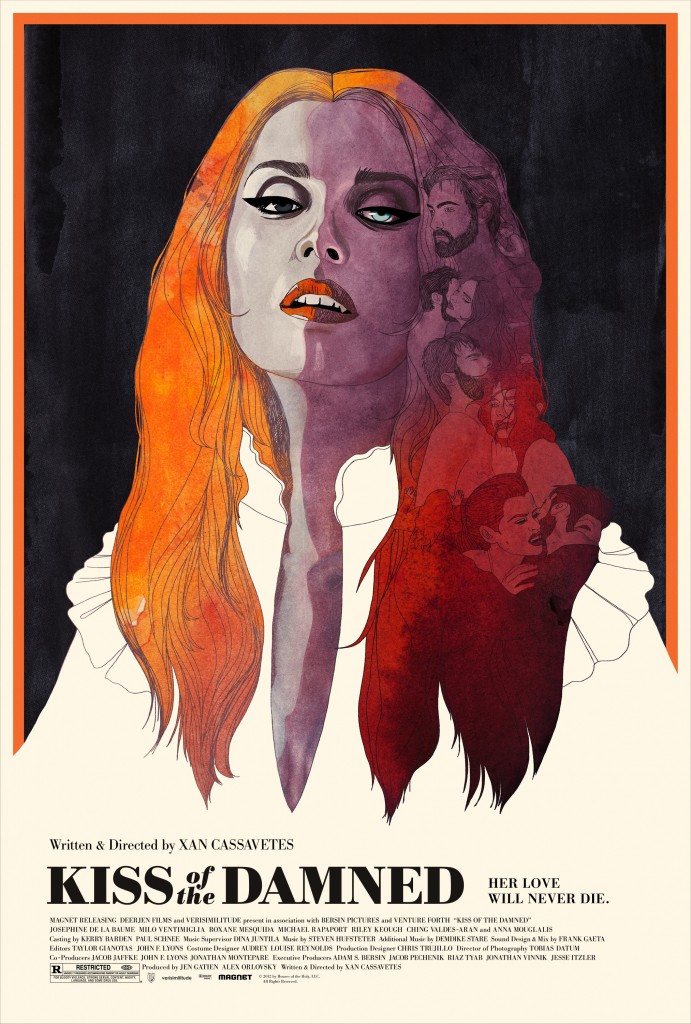