Perusing the first trailer for the From Dusk Till Dawn (surely it’s ’til??) television series, I noticed the logo for El Rey Network in the corner and found it to be of specific Latino interest.

Robert Rodriguez set up the network last year, with a target audience of third generation Latinos with English as their primary language. The network pledges to have lead characters of Hispanic origin, and definitely seems to be playing to that with the cast of the presumably Mexican set vampire series.

TV is a tough card to play now – standards have raised exponentially in the last few years. I’m sure we’ll see an over-reaching arc and a fleshing-out of the background to this universe’s vampirism. Or it could be another Agents of S.H.I.E.L.D. 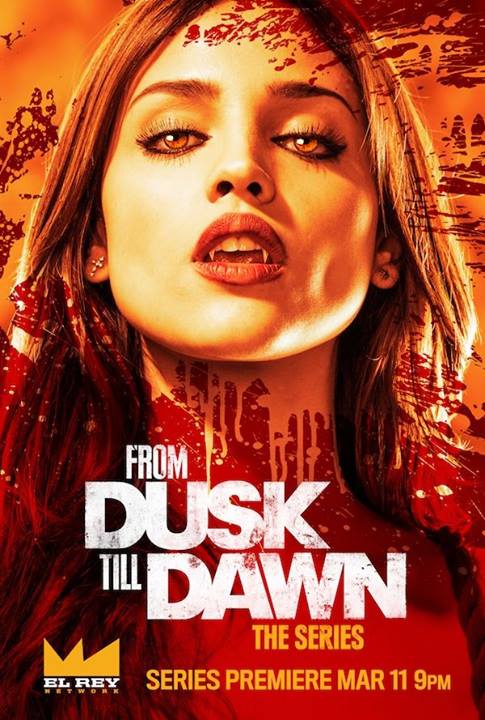