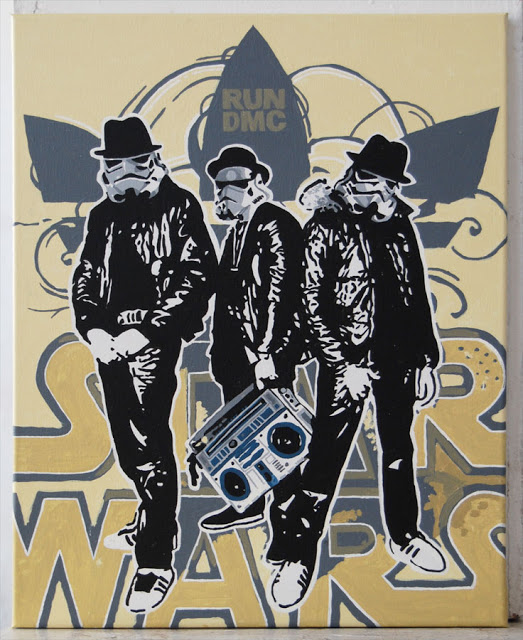 For all the deets, read the press releases below. Makes sense considering Disney now own Marvel, but surely a blow for the great independents Dark Horse?

“The End of an Era

“All things come to pass. So too, do all licensed deals. I am sad to report that Disney, the new owner of Lucasfilm, has notified us here at Dark Horse of their intention to move the Star Wars publishing license to another of their recent acquisitions, Marvel Comics, beginning in 2015. This will end a partnership that has lasted more than two decades.

“For those who are new to the industry, Dark Horse revolutionized the treatment of comics based on films. After a history of movie properties being poorly handled with little regard for execution and continuity, Dark Horse took a new approach, carefully choosing licenses and approaching them with excitement and creative energy. Our goal was to create sequels and prequels to the films we loved, paying careful attention to quality and detail, essentially treating those films as though they were our own. Star Wars has been the crown jewel of this approach. We began chasing the title as far back as 1989, and with the launch of Tom Veitch and Cam Kennedy’s ‘Dark Empire,’ a new era in comics was born. I’m not ashamed to admit that we were Star Wars geeks, and we have been determined to spare neither effort nor expense in the pursuit of excellence.

“It is ironic that this announcement comes at a time when Dark Horse is experiencing its most successful year ever. For obvious reasons, we have prepared for this eventuality by finding new and exciting projects to place on our schedule for 2015 and beyond. Will they take the place of Star Wars? That’s a tall order, but we will do our best to make that happen. In the meantime, 2014 may be our last year at the helm of the Star Wars comics franchise, but we plan to make it a memorable one. We know that fans of the franchise will expect no less. The Force is with us still.”

The Walt Disney Company’s Lucasfilm Ltd. and Marvel Entertainment are joining forces to bring new Star Wars adventures to readers across the galaxy, with Marvel granted exclusive rights to create and publish Star Wars comics and graphic novels beginning in 2015.

“Dark Horse Comics published exceptional Star Wars comics for over 20 years, and we will always be grateful for their enormous contributions to the mythos, and the terrific partnership that we had,” said Carol Roeder, director of Lucasfilm franchise publishing, Disney Publishing Worldwide. “In 2015, the cosmic adventures of Luke, Han, Leia and Chewbacca will make the lightspeed jump back to Marvel, to begin a new age of adventures within the Star Wars universe.”

“We here at Marvel could not be more excited to continue the publication of Star Wars comic books and graphic novels,” said Marvel Worldwide Publisher and President, Dan Buckley. “The perennial brand of Star Wars is one of the most iconic in entertainment history and we are honored to have the opportunity to bring our creative talent pool to continue, and expand Star Wars into galaxies far, far away.”

“We’re incredibly excited by this next chapter in the Star Wars saga,” said Andrew B. Sugerman, executive vice president of Disney Publishing Worldwide. “Bringing together the iconic Lucasfilm and Marvel brands to tell new stories will allow us to continue to thrill lovers of the original Star Wars comic books and entertain generations to come.”

Marvel has continued to push comic book publishing forward with innovations and experiments like motion comics and digital-only releases, in addition to its deep, ongoing catalog of monthly series and graphic novels created by some of the industry’s most gifted artists and writers.